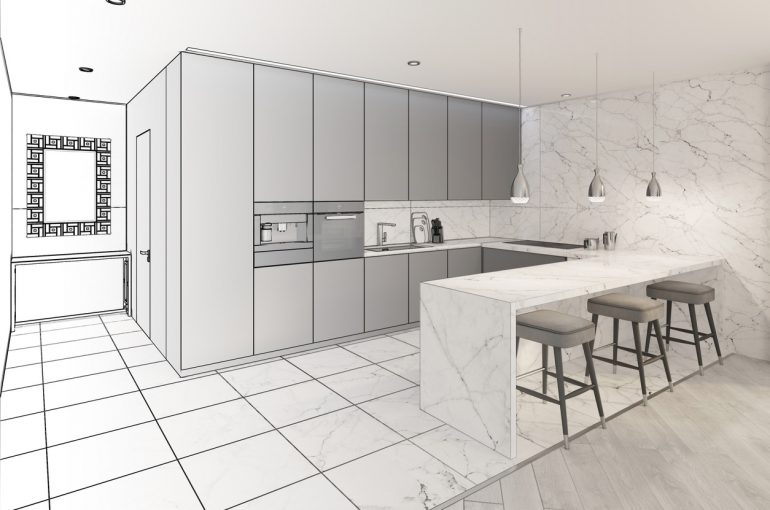 The classic cooker-sink-fridge ‘work triangle’ at the heart of UK kitchen design for over half a century is getting a face-lift, according to new research from Wickes.

Originally developed in 1929 by US time and motion studies expert Lilian Moller Gilbreth, the kitchen triangle concept suggests the main ‘work points’ should form an imaginary triangular shape, to maximise efficiency and cut down on wasted steps for housewives.

The concept was later formalised by the University of Illinois in the 1940s and became the staple design for post-WW2 fitted kitchens, first in the US then spreading across the world in the 50s and 60s.

But contemporary kitchen layouts are now increasingly incorporating a combination of points that stretch far beyond those established over half a century ago – resulting in design shapes ranging from triangles to hexagons, rising to heptagons for pet owners.

Teaming up with the brilliant Design Historian, Professor Deborah Sugg Ryan, we took the fascinating history of the kitchen to media and set-up a 10minute feature on BBC Radio 4’s You & Yours, more than 10 other BBCs and a great line-up of commercial radio too.